From Consciousness Studies to the Circus with Hillary Webb

Posted on September 7, 2015 by rfgoddard 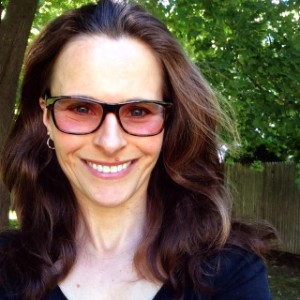 Hillary Webb has been studying human consciousness for a long time. Before she came to Goddard to complete a MA in Consciousness Studies (a concentration in the Individualized MA program), she worked as a writer, traveling around the world to interview shamans, resulting in her powerful book, Traveling Between the Worlds: Conversations with Contemporary Shamans. She also wrote Exploring Shamanism, and since she graduated from Goddard, she turned some of her Goddard thesis project into the book, Yanantin and Masintin in the Andean World: Complementary Dualism in Modern Peru. On top of that, she earned her PhD in Psychology from SayBrook University, and served as managing editor of Anthropology of Consciousness.

Where does one go from interviewing Peruvian shamans and editing scholarly articles on intricate theories of consciousness? The circus of course! Hillary is now vice president and academic dean of the Circus Conservatory of America, located in Portland, ME. The conservatory’s working definition of “contemporary circus” or “circus nouveau,” is a distinct genre from the traditional three-ring (i.e. Ringling Bros.): “The multi-disciplinary exploration of the body’s movement in space, individually and with others, the body itself and its interaction with objects, utilizing the five traditional circus skills categories of acrobatics, aerials, balance, manipulation, and physical theater.”

Hillary maps the journey that led her from shamanism to the circus, consciousness studies

guiding her all the way, in these words she shared with us:

I saw my first contemporary circus performance back in 1993—Saltimbanco by Cirque du Soleil. I was riveted by it. I was awed. I was transported into a state of non-ordinary reality, one very much like the shamanic states of consciousness that I would later dedicate my life to exploring. The things that these artists did with their bodies … with light, with sound, with costume … became for me a symbol of what we human beings are capable of when we put our hearts and minds and spirits into what we love and seek to go beyond our assumed limits. It was this passion for exploring the non-ordinary potential of the human being that brought me to consciousness studies. I am fascinated by what consciousness is, what it does, and what it is capable of, beyond our “ordinary” understanding of it. Circus arts, like consciousness studies, has given me a ‘laboratory’ in which to consider and reconsider what it means to be human. My work in consciousness studies and my role in designing a college for aspiring circus artists have both been incredible opportunities to deep dive into the question of what we human beings are capable of when conditions are created to harness our greatest capabilities.

Read an interview with Hillary and the president of the conservatory, Peter Nielsen here.