“I Changed My Whole Life”: Ashley Gallo and Transformative Running 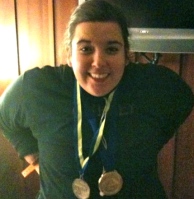 Current IMA student Ashley Gallo just finished the New York City Marathon, her first time running in this world-famous rite of passage, and in the process, raising nearly six thousand dollars for the American Cancer Society. But she also was running is also core to her Goddard studies. Ashley has been studying running as a source of personal transformation, a way to challenge the mythology of athletes, and to demonstrate how using our bodies for health and speed and strength is the birthright of people of all shapes and sizes.
Here’s what she wrote on her American Cancer Society page: 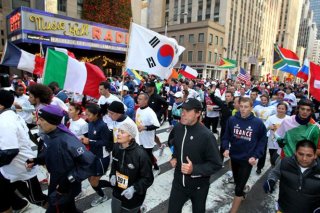 I know I don’t look like the typical runner. I never considered myself an athletic person and found even spectating most sporting events to be boring. I don’t think I’m ever going to understand how football works and the idea of balls flying at my face is pretty much out of the question. But I always found the idea of becoming a runner someday really sensational. John Bingham, who is known in the running world as someone who runs uncompetitively slowly and for the sheer pleasure of the activity, said, “Everything changed the day I realized that if I were to become a runner, I would have to run with the body I had.” So I began. I run based on intuition and because it is incredibly meditative; more prayer-like and holy than anything I have ever experienced. As someone committed to social work, volunteering in the community and helping others, running became the thing I do for myself; it is my connection to the world, it’s my connection to my body. Running has become foundational in my construction towards a more holistic authenticity. 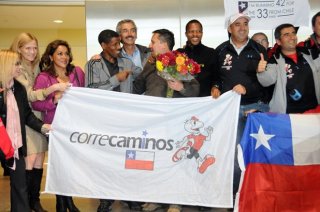 I finished my first marathon last year keeping three promises to myself. I wasn’t going to stop, I wasn’t going to walk any part of it, and I was going to cross all 26.2 miles. Now I am focusing on losing weight and I will be one of 43,000 people running the prestigious ING New York City Marathon this November. I want to see what it’s like to run a marathon in a “different” body than the one I had run the first one in. The NYC Marathon runs through all five boroughs of New York, and I have heard people who have finished it say that it was an experience that truly made them proud to be an American. I am excited beyond belief to be a part of something so epic.

In writing about her journey, she says on facebook, “Marathons at some point have to come from the deepest parts of your bones.”Ashley has shown us precisely this with her journey, of which she says, “I changed my whole life.” Such changes cannot help but to ripple out positive changes to all who know her.
(Pictures from Ashley and her friends, including, from top, Ashley, the running, and after the race, one of her fellow runners, Chilian miner, Edison Pena).