The Power of Words: All Roads Lead Home

Here is faculty member Caryn Mirriam-Goldberg’s account of the Power of Words conference, a conference that began in IMA and that Caryn organized for the first seven years.

For the last six days, I’ve been immersed in the Power of Words, both lower case (as in how powerful our words can be when it comes to changing the world and our lives) and upper case, as in the 8th annual conference of the same name. For me, this event was a homecoming of many dimensions: the conference was held at Goddard College, my second home (who every knew that this phrase would apply to a dorm room where I live approximately one month divided over three visits each year for the last 15). It was also a conference I founded in 2003. But mostly, I found my way home to that newborn glow of what can happen between us all when we create together stories, poems, songs, performances and exchanges about what matters most.

Maybe that newborn glow also had something

to do with the newborn — Nahar Nadi Keefe-Perry — daughter of the TLA Network co-coordinators, Callid and Kristina, who were responsible for organizing the conference. Born less than a month ago, this inquisitive and beautiful new being was a constant reminder to me about how precious, alive, tender and beautiful the life force is. The Network, by the way, is the not-for-profit organization started by Goddard students, faculty and alumni and others who resonate with what we started at Goddard in the name of TLA. 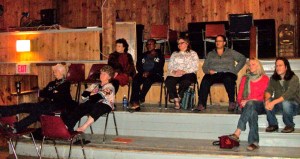 ops, big group sessions, performances and panels) along with the less-than-usual (talking circles each morning where each of us could speak deeply in a small group, hearing ourselves through having good witnesses and learning how to listen fully to others). Performances were dazzling:

But what brought me home most of us was simply being in such a diverse community, covering age (from newborn to elders), race and ethnicity, sexual orientation and identity, life experience in so many varieties that we made a community that had each other’s backs and hearts. Sitting in the back of the haybarn last night were a pact of African American storyteller-shamans. Walking across the campus was a teenage girl who would still share her full imagination with her mother, both of them attending workshops together. Sleeping in the dorms were people ready to stand up and follow their callings as well as those leaning forward to open the door.

I’m back in Kansa 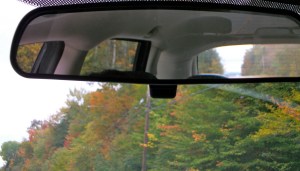 s through the magical surrealism of plane travel, but I’m still carrying that dazzle and depth, lightness and weight, freedom and connection of being part of the Power of Words.