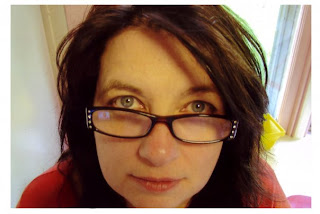 Alexandra (Alex) Hartman came to Goddard to change directions in her life. She planned to lead writing workshops when she left Goddard, but something more local soon emerged: the body. “The IMA encourages students to find our own direction by trusting the process and following our study wherever it takes us. So I’d repeat to myself, ‘Trust the process, trust the process,’ and when things got strange and I didn’t know why I was reading about cannibalism or scarification, I’d repeat, ‘trust the process,’ until those words became a mantra.”

What emerged for Alex was a deep study of what it meant to live in a body, particularly a body with a tendency to be disobedient. “As part of my process of struggling to emerge as a grown person, I kept running into all of these shoulds and should-nots that related to my body. I began to see them as obstacles to my growth, and I realized how much of my life was spent listening to my fears. But when I started listening to what I really wanted to do, lots of times it was stuff I wasn’t supposed to do, and I had to think hard about who was telling me what to do and why, what were the consequences, and why did I need to break rules?”

As an artist, poet, and long-time professional web designer, Alex communicated fluently through images, color, texture and voice. “Film was a really good amalgam of all I was into, but I didn’t want to go into filmmaking. I didn’t think I had enough time, but I kept hearing this voice in my head that said, ‘You must make a film.’ And I don’t usually hear voices in my head.” Alex took a semester off, taught herself filmmaking, blogging on her progress and posting her efforts until she was ready to come back and put together a body of her body-oriented work.

pology, women’s studies and poetry, “and how everyone is looking at the body in those fields.”

Did making this film and coming to Goddard bring Alex the change she sought? “Oh, hugely! It allowed me to be who I am and to be as strong as I can be. I’m not the same person I was when I came to Goddard – I was timid and tentative, and now I’m operating on my own accord.”

See Alex’s film, and the blog she used to chronicle her process of teaching herself filmmaking, her poetry, sources, video and visual concepts and much more at Alex’s website.

Pictures of Alex, and several stills from her film, The Word Made Flesh.

1 Response to Filmmaking, Poetry and the Disobedient Body: Alexandra Hartman